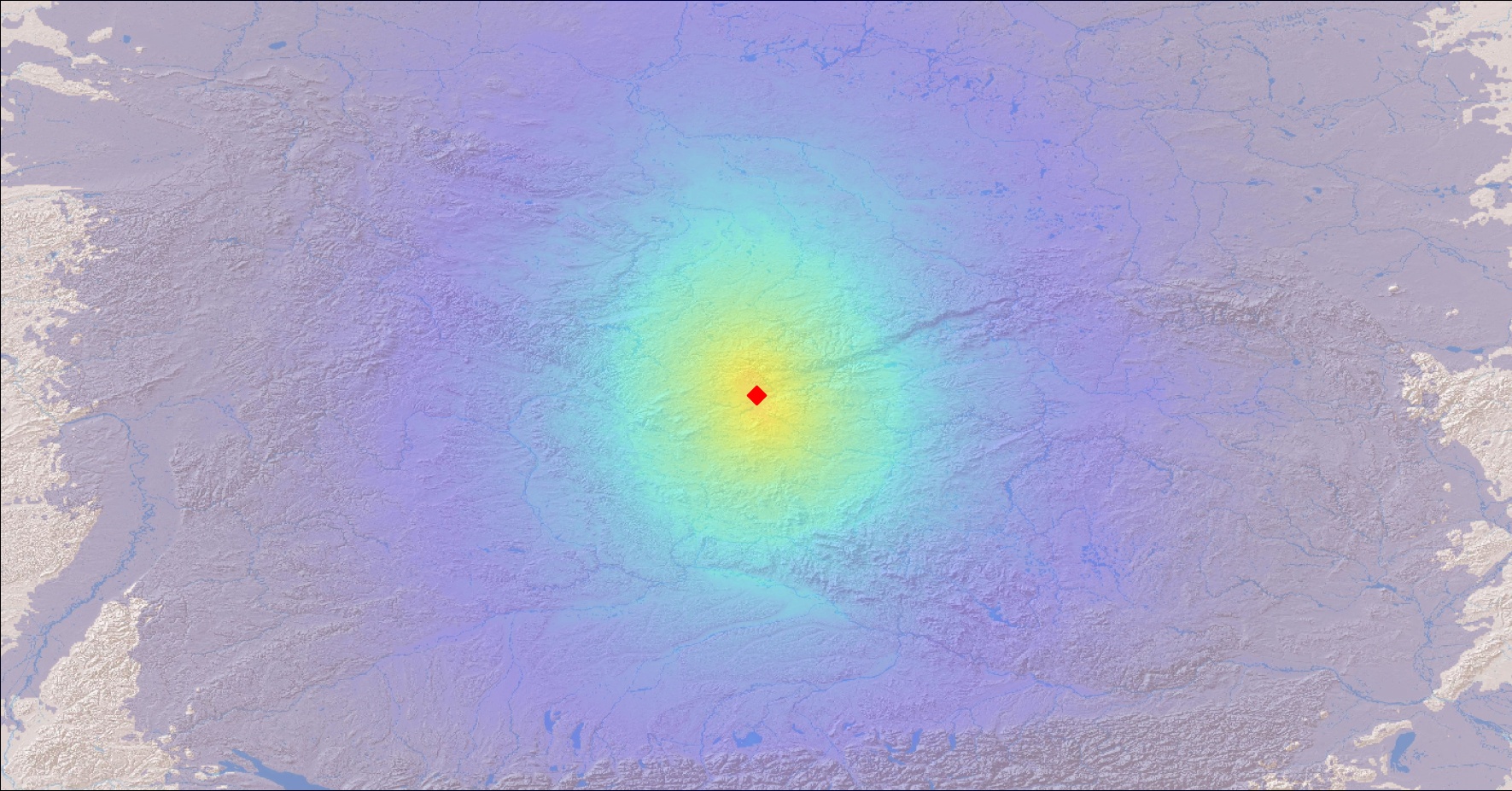 The seismically active regions of Central Europe are clustered, mostly along ancient rifts. But not all rifts show seismicity. Recent studies indicate that another factor strongly influences frequency and strength of earthquakes in Central Europe: Magmatism.

Greece, Italy or recently Croatia: Southern Europe and the whole Mediterranean area belong to the most seismically active regions of the world with repeated strong and devastating earthquakes. Due to the high population density, rural buildings and the majority of all quakes in shallow depths, Southern Europe has a long history of catastrophic earthquakes, even those with a relatively low magnitude. The main reason for Southern Europe’s high seismic activity can be found in plate tectonics: This area sits on top of the collision zone between the African and the Eurasian Plate. This diffuse area of crustal deformation stretches over many countries and involves several fault zones.

The further you get to the north, the fewer become the severe earthquakes. The influence of plate collision drops north of the Alpes. Within the actual rather stable Central Europe however, several small areas of elevated seismic activity exist. Two of them, the most active ones, have been connected to another driver of seismicity, which one would usually not expect there: Active magmatism and volcanoes.

Germany, sitting between the Alpes and the North Sea, is the European country with the highest population and one of the most densely populated areas. The mountains to the south are a direct result of the plate collision, which is cut by several large and active fault zones. However, the northern edge of the Alpes is relatively inactive with only occasional seismicity and very few known larger events in historical time. The more seismic active areas are further to the north: Once in the west of Germany along the Rhine river and second in the east near the border with the Czech Republic between Eger Rift and Leipzig Basin.

While the rift zones to the west, Lower and Upper Rhine Graben (LRG and URG), are containing typical earthquake activity with several smaller and a few larger events, the Eger Basin and nearby Marianske Lazne Fault (MLF) are recently dominated by frequent and intense earthquake swarms. This characteristic type of activity brought Vogtland on the German side of the border and Eger Basin in Czech Republic international prominence among seismologists.

The most recent of these earthquake swarms is currently ongoing, beginning in December 2020 and causing almost 100 felt quakes within three months. Several thousand small quakes have been detected. A similar swarm has previously occurred in 2018, larger in size but shorter lasting. Another one happened in 2011.

Vogtland, the nearby Bavarian Fichtelgebirge and the Eger Rift are former volcanic areas. The last known volcanic activity took place 200,000 years ago but recent studies showed that there is still an active magma body remaining in a depth of 30 – 40 km. Above this magma sits the cross point of the Cenozoic Eger Rift and the MLF. The MLF is one of the most active faults in Central Europe. Two large quakes within the last 3000 years have been identified by paleoseismlogical studies. The most recent one happened 998 AD and its destructive effects were written down in many chronicles across eastern Germany and Bohemia.

This magma body is continuously emitting magmatic gases which are ascending through the tectonic fractures. Along these paths, these gases and fluids start to trigger seismicity within the seismogenic zone (15 km depth and above). The intensity and duration of this earthquake swarms is depending on gas pressure and therefore the amount of gases and water.

The impact of the fluids becomes clear if you compare the Cheb seismicity with nearby regions. In Germany, the Cheb swarms caused 30% of all felt quakes in 2020, in Czech Republic more than 90%. During the larger swarm in 2018, the percentage in both countries was even higher. Even the number of earthquakes shows an obvious tendency: 310 quakes of magnitude 1 or higher were part of the 2018 swarm. Germany itself “only“ had 190 tectonic earthquakes during this year. Therefore, the magmatic activity beneath the Cheb basin is responsible for most of the natural microseismicity in Central Europe.

However, the Cheb-Basin volcanic field is considered as inactive due to the absence of volcanic eruptions during the Holocene. Only two volcanic fields in Central Europe have experienced eruptions in this epoch: The French Central Massif and the East Eifel volcanic field in western Germany. The most used theory to explain Central Europe‘s intraplate volcanism is the Mantle Plume theory. According to this explanation, several “hot zones“ within the earth’s mantle beneath Central Europe exist, where hot rock is upwelling and melting. This melt starts to accumulate beneath or within the lower crust and sporadically starts to ascend. A volcano is born as soon as the melt, the magma, reaches the surface

This upwelling of the mantle is not only the cause of volcanism. It also lifts the Earth’s crust above. In case of the assumed East Eifel Plume, which might also be the feeder for nearby inactive Westerwald and Siebengebirge volcanic fields, this area of uplifted crust extents for more than 200 kilometres and even effects parts of Belgium, the Netherlands and France. This uplifted area sits right between two Cenozoic rift structures: The LRG and the URG.

From the geological point of view, this crustal uplift that is ongoing for at least 700,000 years has been known for decades. The Rhine and other rivers that cross this area have formed deep and steep valleys with depths of several hundred meters between Cologne and Frankfurt. River valleys with this shape can only be explained by rapid geological uplift. A study has recently provided geodetical measurements of the elevated region. Therefore, the rate of uplift is as high as one millimetre per year, which is more or less the rate of horizontal plate movement. Nearby seismicity shows which potential influence this rapid deformation has: Earthquake activity in Western Germany is prominent mainly in these areas of nearby Cenozoic rift structures that overlap with the uplifted area.

Although the Lower Rhine Graben covers a wide area from the Eifel mountains in the south up to the British North Sea coast in the north, seismicity is mainly focussed on the southernmost part between Aachen and Cologne. Several strong quakes, including the Duren quake 1756 and the Roermond quake 1992, have occurred in historical times. Even stronger quakes up to magnitude 7 in prehistorical times have been identified by their geological footprints. Interestingly this elevated seismicity in the southern LRG began simultaneously with the uplift of the Eifel: 700,000 years ago.

The LRG belongs to the European Cenozoic Rift system. Other parts of this so-called failed rift are the Upper Rhine Graben, the Rhone Graben in France, the Leine Graben in Central Germany and also the Eger Rift (without MLF). However, of those tectonic features, only two are considered as active in historical times: The Upper Rhine Graben, that has been reactivated with increased horizontal movement due to a recent crustal stress change and the southern part of the LRG. Modelling of the uplifted Eifel area shows that due to the orientation of LRG faults, which strike in NW-SE direction, vertical deformation leads to increased tectonic stress (and therefore seismic activity) within the Graben structure.

The Lower Rhine Graben and the Cheb Basin are the two most seismically active areas within the relatively stable European continent. Active magmatism that leads to crustal deformation and fluid emissions, two factors that reactivated existing nearby tectonic features while other similar structures do not show significant activity anymore. However, although magmatism seems to be a key point for high seismic activity in Central Europe, young neotectonic processes have opened the doors for it. Within the uplifted Eifel area, no significant seismicity except possible fluid triggered sequences happened in historical times. The missing of tectonic features but also increased temperatures due to shallow magma bodies might be the main reason. Therefore, most of the seismicity in Central Europe is driven by a combination of magmatic and tectonic processes.

Although the existing earthquake threat in those areas is well known, the possibility of renewed volcanic activity that might result from ongoing magmatic processes is still partially debated. The Eifel volcanic field is considered as active and new volcanic eruptions are just a matter of time, which is also shown my recently discovered magmatic activity within the upper crust. The Cheb Basin field however remains in uncertain state. The improved observation due to recent findings is a first step for a better monitoring of volcanic hazard. 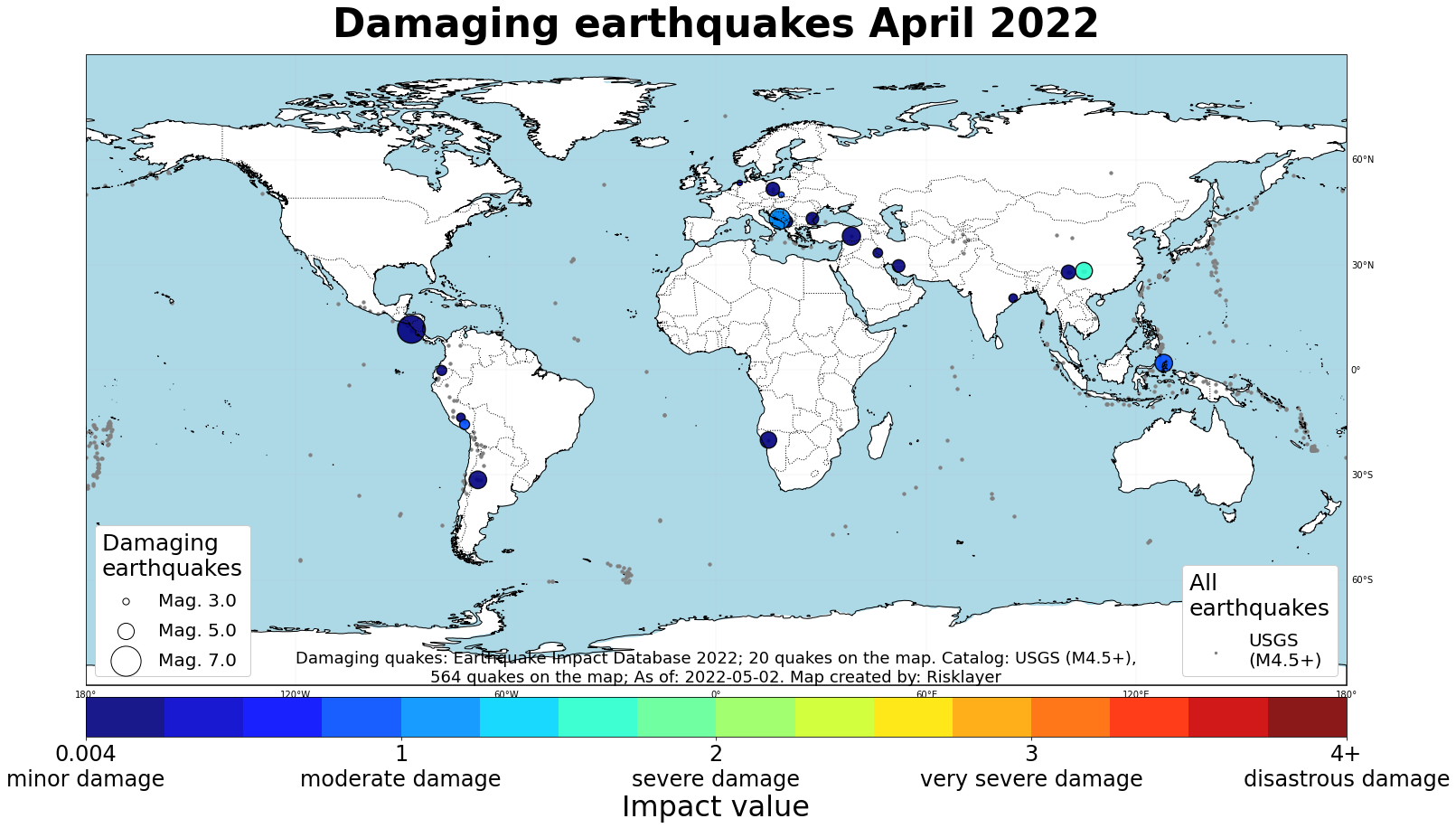 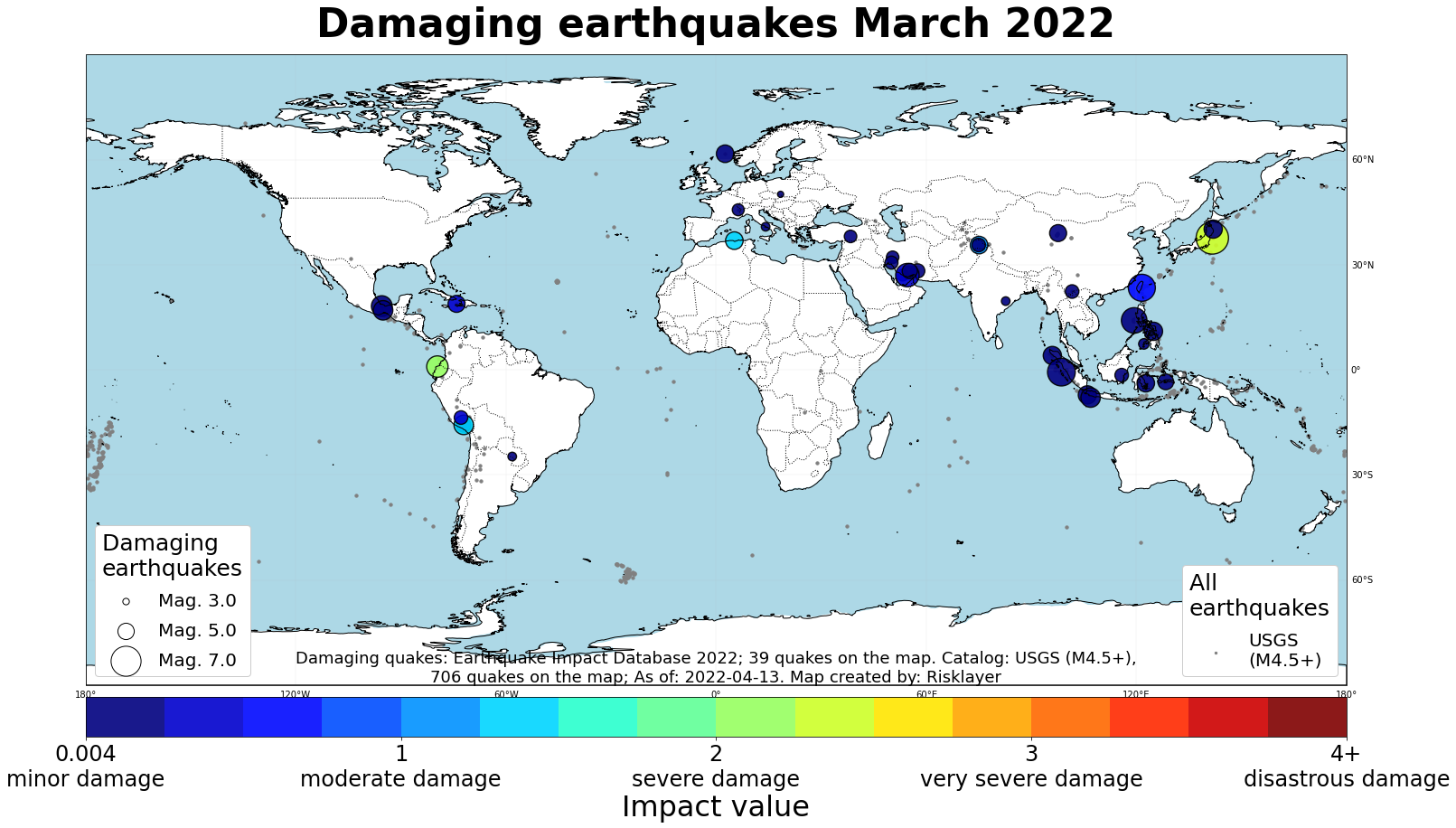 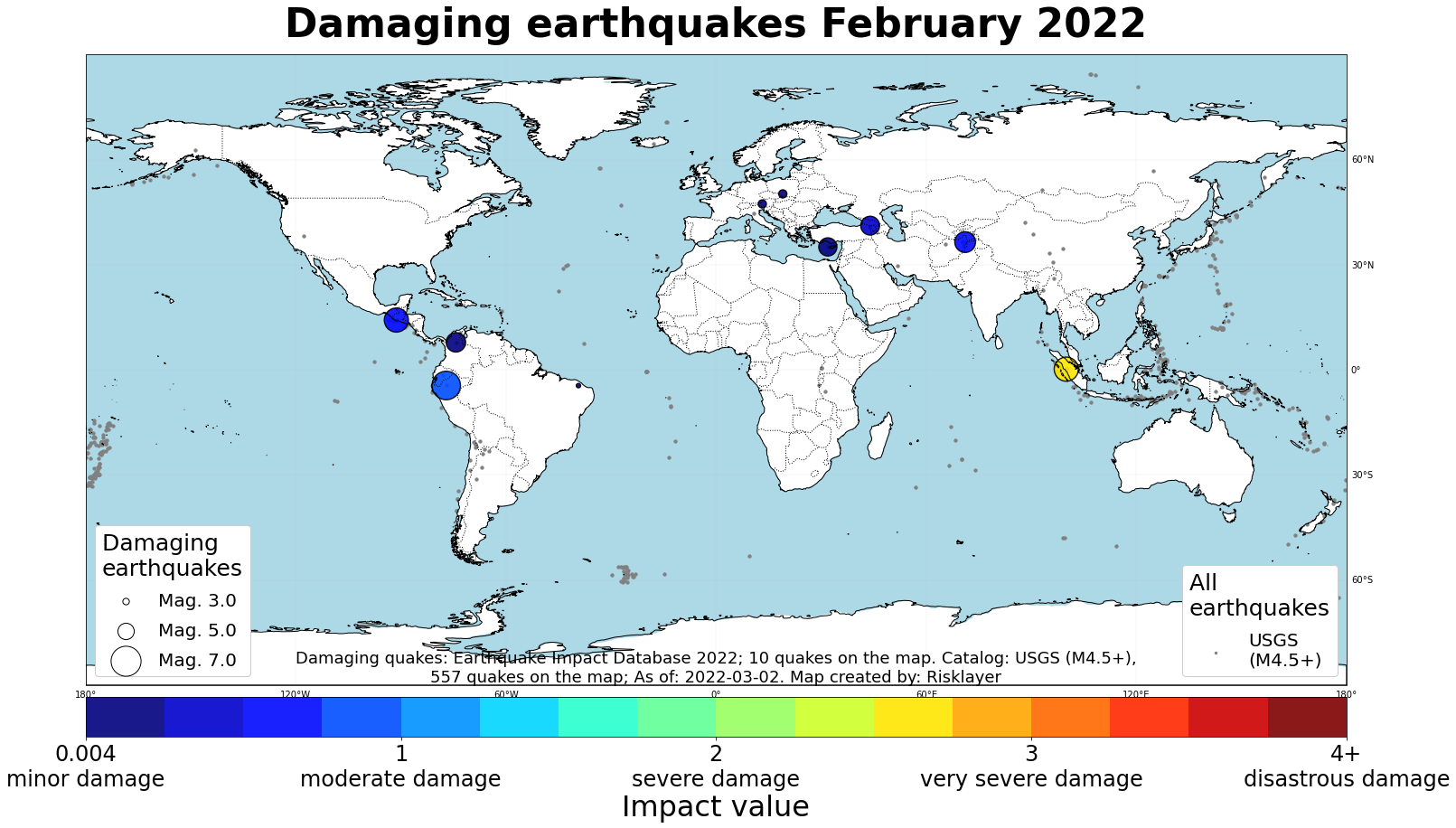 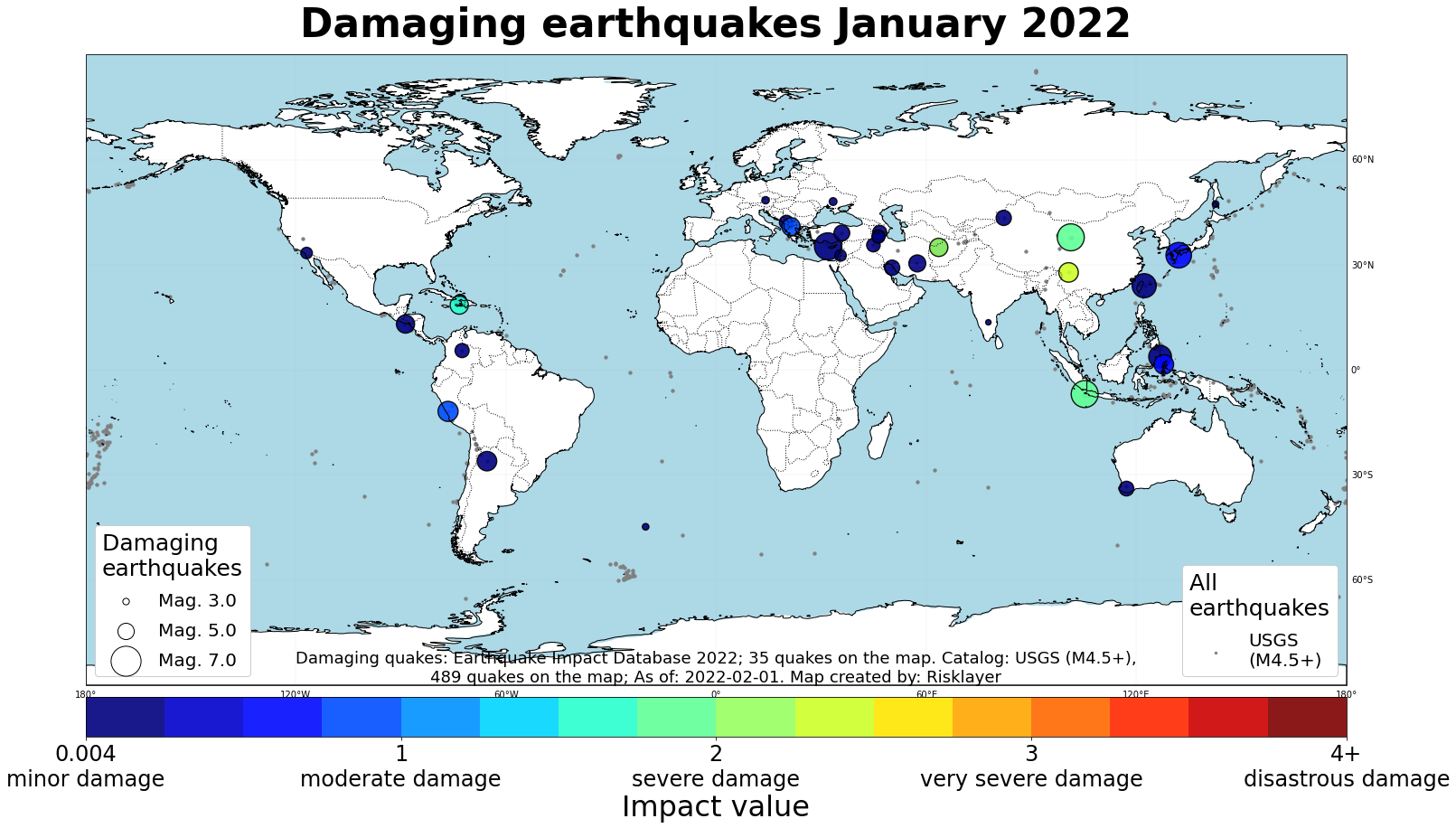